Dr. Bettina Hilman is an international expert and researcher in cystic fibrosis and was the Director of Shreveport Cystic Fibrosis Center. Dr. Hilman earned her Doctor of Medicine degree at Louisiana State University School of Medicine. She completed a residency in pediatrics at Charity Hospital in 1958, a fellowship in allergy and clinical immunology from Charity Hospital in 1963 and a fellowship in pediatric pulmonology from Tulane Medical Center in 1966.

Dr. Hilman went on to become Professor of Pediatrics and Training Program Director at LSU Shreveport from 1973 to 2001. Among her numerous professional achievements, she earned the Distinguished Service Award from the Louisiana Allergy Society in 1998, the Jerome Glaser Award for Distinguished Service by the American Board of Pediatrics in 1999 and was named a Best Doctor in America in 2002 by Pediatric Specialists. Dr. Hilman is the author of Pediatric Respiratory Disease: Diagnosis and Treatment a comprehensive text covering all aspects of pediatric medicine, and also served as the Editor-in-Chief of Pediatric Asthma, Allergy, and Immunology.

In 1986, The Hilman House, a home-away-from-home for cystic fibrosis patients and their families undergoing treatment, was named in honor of Dr. Hilman. For over 30 years, it has served more than 110 families of Cystic Fibrosis patients from north and central Louisiana and east Texas, giving those eligible a place to stay and at times even serving as a hospital for those who didn’t have insurance.

Professor in the Departments of Health Research Methods, Evidence, and Impact
(formerly “Department of Clinical Epidemiology and Biostatistics”) and of Medicine 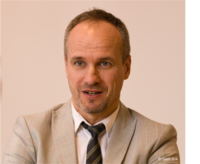 Holger Schünemann is a Professor in the Departments of Health Research Methods, Evidence, and Impact (formerly “Department of Clinical Epidemiology and Biostatistics”) and of Medicine. He began his research career in respiratory and exercise physiology as a medical student in the Department of Physiology at the Medical School of Hannover and with an award from the German government at the University at Buffalo (UB), State of New York.  He received an MD degree (1993) and a “doctor medicinae” degree (1994) from the Medical School of Hannover where he also completed an internship in internal and respiratory medicine. He went on to work in cellular and molecular lung biology at UB researching expression of cell adhesion molecules (integrins) in early postnatal lung development.  He studied epidemiology and biostatistics during his postdoctoral fellowship (M.Sc. in Epidemiology, 1997).  He then conducted population-based studies on the association between oxidative stress, micronutrients and respiratory health leading to a Ph.D. degree (Epidemiology & Community Medicine, 2000) and completed training in internal medicine and preventive medicine/public health at UB, where he joined the faculty in 2000.

As a key contributor to the revised methods for WHO guideline development in 2006 and the Institute of Medicine statement on trustworthy guidelines in 2011 he co-led the reshaping of methodology for practice guideline development. He has authored or co-authored over 600 peer-reviewed publications, has an h-index of 136/94 (google scholar/web of science) and is on the list of the 1,000 most cited scientists of all times from agricultural science to zoology (www.webometrics.info). He has been advisor to ministries of health, other governmental organizations and numerous professional societies for their knowledge synthesis and guideline programs and is co-chair of the GRADE working group (www.gradeworkinggroup.org). His work also focuses on practical application of science by researchers and clinicians through co-inventing tools like the GRADEpro guideline development tool (www.gradepro.org).